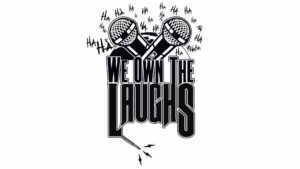 Originally beginning back in Aug. 2014, We Own The Laughs was a monthly comedy showcase in Bakersfield, CA. Since late 2018, WOTL has expanded throughout the west coast to various legendary comedy clubs/venues including Cobb’s Comedy Club, Punch Line Sacramento, The HaHa Comedy Club, and Tommy T’s Comedy Club. For the past 6 years, We Own The Laughs has continued to grow into one of the best comedy brands in the country featuring notable comedians such as Kel Mitchell, Kabir Singh, London Brown, Matt Rife, Jeremiah Watkins, Brian Hooks, JR De Guzman, Kate Quigley, Francisco Ramos, Adam Hunter, Esther Ku, and Rob Van Dam.

We Own The Laughs.com is designed to be the go-to place for comedy lovers looking for a daily laugh and stay up-to-date with what’s going on in the world of comedy. Our online platform will feature comedy entertainment from all over the world producing original visual content, news, interviews, and social events that allow our users the comedy experience they’ve always dreamt of on a daily basis. The main focus at We Own The Laughs is to help further drive the comedic point of view on all things news and pop culture. Always find a reason to laugh at life, because it's actually pretty funny.

We Own The Laughs Founder Tyson Paul: A comedy product of the Kern County area, comedian Tyson Paul is one of the most well-known comedians on the west coast. Tyson has been performing stand-up comedy up and down the west coast for the past 15 years, sharing the stage with comedy legends such as Tiffany Haddish, Mark Curry, Amy Schumer, and Jerrod Carmichael. Along with his incredible professionalism, Tyson Paul is recognized among his comedic peers as one of the most talented comedians to watch and perform with.

If you have any questions or news that you feel we would love to laugh at, email us [email protected]

No posts to display