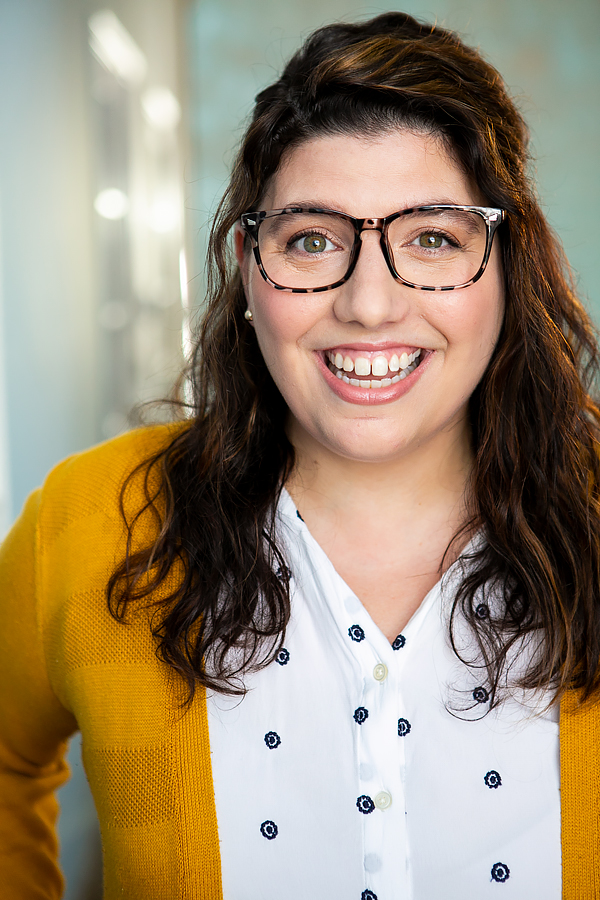 As part of We Own The Laughs.com’s Comedian of the Day, have a few laughs and get to know comedian Laura Manasewich. The East Hartford, CT native shares with us some of her favorite moments in stand-up comedy and lets us know how she owns the laughs.

Name: Laura Manasewich
Hometown: East Hartford, CT/Los Angeles, CA
Instagram/Twitter/Facebook/Snapchat/Tik-Tok: @sassymanassy
Years in Comedy: 10+ Years (Improv/Stand-Up/Sketch)
Comedic Influences: Beth Stelling, Nicole Byer, Jackie Kashian, Laurie Kilmartin, Maya Rudolph, Ashley Nicole Black, Kristen Wiig, & Rachel Dratch
Favorite Comedy Special: Beth Stelling “GirlDaddy”
Favorite Comedy Movie: Bridesmaids & Step Brothers (is this embarrassing?!) I am terrible at picking favorites. I’m sure there’s a smarter choice, I just don’t know what it is.
Favorite Comedy TV Show: Pen15, Fleabag, Parks & Rec when I can’t sleep. The Amber Ruffin show is perfect.
Favorite Comedic Character: The first time I saw Pen15 and Anna and Maya came on screen, I was like “oh ok this television show was made for me, Laura Manasewich.”
Favorite City to Perform In: Home is Hartford but I had one of my very favorite sets ever in Portland, ME.
Favorite Topics to Joke About: People and what makes them tick. We’re weirdos man. We’re so weird.
Favorite Type of Audience for a Comedy Show: In it for a good time – they trust you, they’re happy to be there and they all left their phones at home.
Favorite Comedy Club: Sea Tea Comedy Theater and Vermont Comedy Club

How did you discover your passion for comedy:
Youngest child syndrome? I’ve loved making people laugh for as long as I can remember and eventually I figured out you can just make that be a thing — you can DO comedy.

What do you remember most about your first time performing stand-up comedy:
It was a class show. The audience was so warm and friendly and supportive and it felt great but I do remember being like “it can’t possibly be like this every time…but sure I’ll try it again.”

How would you describe your comedic style:
A sweet little weirdo. I’m gonna try to get you on my side, and for the most part, you can leave after my set being able to still make eye contact with the folks you came with.

Describe your process for comedic writing:
Does it in the comedy friends group chat? Mark that down and try it out on stage. Does someone I trust yell “Laura, do that on stage!” Maybe I’ll try it on stage. Forcing myself to sit and write is very difficult and rarely works the way I’d like it to. My style is more throw it against the wall and sees what sticks, which is chaotic at best but gets the job done.

Describe the comedy scene in your area:
I live in LA. lt is everywhere and all-consuming.

How do you judge success in the world of comedy:
Success is a moving target. You’re happy with the jokes you’re telling, the work you’re doing and the results you’re getting? Good start, where are you going next?

Who are some of your comedic peers that you enjoy watching perform or inspire you personally and professionally:
My podcast co-host and friend Katie Arroyo is probably the most motivating person I know. She Does. Not. Stop. Kathryn Gironimi is one of the most naturally easy and funny folks I know and I will love/hate that about her forever. In LA, Kristen Cunningham’s determination, knowledge of her worth, and trust in the process are so, so admirable. I’m forever glad to have her as a friend.

What’s been your most memorable moment in comedy:
My going away shows in CT. I did around 45 minutes to a packed room of people I love for stand up and my last improv show ended in a surprise wrestling ring with an aluminum pan getting to hit all my friends in the head in the most outrageous show of support I’ve ever seen.

What have you learned most from your failures in comedy:
You can do the same set, over and over, and it will be different every single time and you likely have very little to do with it. However, you have everything to do with how you react to it, and how you let it affect you. Have a snack, drink some water, go to sleep and do it again.

How do people react towards you when they realize that you can make people laugh:
Most are kind, my dream is to never hear the words “I bet you put this in your comedy” ever again, but that feels futile.

Describe what it’s been like building a career in stand-up comedy:
I moved from a small city where I had a lot of creative freedom to a giant place. I was aware of and excited about being a teeny tiny fish in a gigantic sea, but I moved in Nov 2019 so Covid came along and sort of knocked the wind out of my sails. I did some virtual stuff, met some people, started a podcast, and did what I could to protect my mental health while still trying to have a creative outlet. I’m hopeful that there will continue to be safe outlets to grow and learn as a comedian while battling this beast.

If you could change one thing in the world of comedy, what would it be:
More equitable access and empathy, less gatekeeping/assumptions/bullshittery.

Best advice you’ve ever received from a comedian:
You know your jokes. They’re YOURS. If you feel shaky, write them all down and read your words. Then get up there and TELL THEM.

If you were releasing a comedy special this week, what would it be called:
We’re All Having a Nice Time.

Funniest encounter you’ve ever had with a celebrity:
Tap dancing for Wayne Brady while dressed as a cupcake on Let’s Make a Deal.

Weirdest place you’ve ever performed any form of comedy:
A convent and a tandem bicycle convention.

A Laura Manasewich Fun Fact:
I listen to so much true crime I’ve basically started being able to identify geographic regions based on which serial killers did their crimes there. This is actually more of a troubling fact than a fun one, but here we are.

Where would you like your laughs to take you:
I’d love to move into tv — writing or acting would be a dream that I could never even imagine.

What would you tell a potential comedian if they ask you how they can own the laughs:
Believe in yourself, take care of yourself, be kind to others.

What are your thoughts on the future of comedy:
I hope that we can keep making room, keep making progress and that folks whose stories we haven’t gotten to hear yet get to take the mic, and frankly hold on tight to it. Change is good and we shouldn’t do what we’ve always done because it’s the status quo. If it’s not working, let’s listen to the people saying it’s not working and find ways to make it work.

If you could write one episode for one classic TV sitcom which show would it be and give a brief detailed sentence on the episode:
Maybe a Halloween episode of OG Roseanne. There would be jump scares and SFX galore. The Halloween eps used to be some of my very favorite as a kid.

If you could choose 1 comedy club and 3 comedians to perform with on your perfect comedy show, how would it go:
I’m not sure the venue but it would probably be like Ali Wong, Phoebe Robinson, Beth Stelling. Everyone would wear very cool outfits, the jokes would all be incredible, the vibe would be aspirational/accessible (that sounds so stupid) but the mood would be WE WILL ENTERTAIN YOU AND EVERYONE BELONGS HERE. If you couldn’t get a babysitter and had to give your tickets to your friend, you’d legit cry that you had to miss it.

What’s next for you:
Keep finding new people, new stages, and new opportunities while staying true to myself, and safe from COVID.

Why should a person always laugh at life:
Did you wake up today? Can you still laugh? What a blessing. We’d be pretty wild if we chose not to.