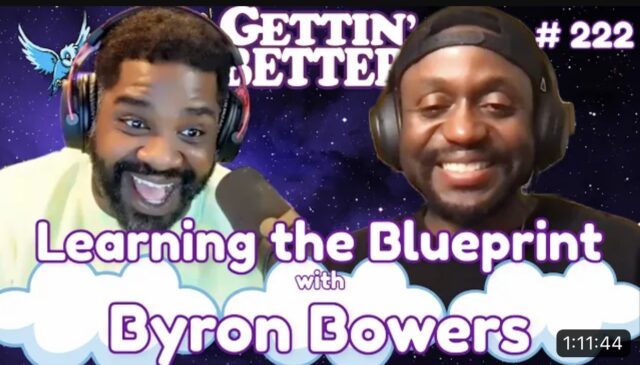 Actor/Comedian/Writer Ron Funches sits down every week to talk about his life, passions, hobbies, and how he is on a constant journey to better himself.

Ron Funches is a triple threat. He is an excellent stand-up comedian, actor, and writer.

The Hollywood star has built an impressive acting resume. Whether it’s lending his voice to projects like Trolls, Bob’s Burgers, and Adventure Time. Or his memorable acting roles on Curb Your Enthusiasm, Black•ish, New Girl, Transparent, Powerless, and Undateable. He even made being a gang member likable in the film Get Hard. His personal appearances include Conan, The Tonight Show, @midnight, Chopped, Cupcake Wars, and many more. He’s is a great writer too. Funches’ writing credits include The Eric Andre Show, Kroll Show, and several television pilots. Ron is also a pretty solid dad and friend. He lives in Southern California with his son.

Ron and Byron talk about Learning the blueprints, what comedians should be taught from the start, traveling the world, how to find happiness and freedom and how Byron is gettin’ better.